Eventful weekend: Standoff in Ukraine followed by the beginning of the end of brutal violence from a corrupt president. Closing of the Olympic Games in Russia, filled up with happiness and outstanding performance from superior athletes. Nonetheless there was the spoiling fact that the host country is not a gold medalist for human rights and democracy.

These two events caught most of my attention, regardless of their totally unrelated nature and emotional charge. On the one hand, I was in awe of the Ukraine people’s determination to fight together, regardless of the violence applied to them, and was equally touched by their courage to remain there, while snipers opened fire on them. On the other hand, it was also determination, focus and discipline, which brought men and women together to fight for their Olympian goals.

Both situations speak loud of the human capacity we have to hope, dream and rise up to our fears and do something bigger than ourselves, when motivated by deep human values.

At times of crisis and despair, I truly hope that people draw inspiration from these fearless people, as a reminder to never lose faith, and never give up in the face of challenges. Problems carry with them a very individual perspective, and there is no big or small measure for their importance, nor a qualification for their potential to be resolved.

A problem is hard for those who have it, and hard is hard. Equally, the will and possibility to resolve it cannot be measured. But we all know that throughout history, we have shown resilience and ingenuity, and an amazing fighting spirit that drove the human race to survive and continuously evolve.

On a totally different note, on Sunday evening I watched on a TV program, a young Dutch historian, called Rutger Bregman. He looks at the world with a new perspective, and pleads the need to relearn utopian thinking. He factually described how the world as a whole became richer, more secure and healthier, although people remain uncertain and dissatisfied.

He pointed out that humans long for a golden age that is yet to exist, whereas medieval people would say that we have an easy and lazy life, as opposed to theirs, where shortage of food, poor health, no leisure and predominant manual work, were the norm. We came a long way towards modern life, particularly in the last 30 years, and technology became center stage, influencing the way people live.

The contradiction about technology is that while we want it for making our lives much easier, for the most part we don’t realize that every evolution comes with a loss, and in current times, the insurmountable loss of  jobs is a party breaker. For that we need to think different, to create new ways of working and new jobs.

There is a tale about Henry Ford II, the boss of Ford Motor Company, showing Walter Reuther, the leader of the United Automobile Workers, around a newly automated car plant. “Walter, how are you going to get those robots to pay your union dues?”  Walter replied, “Henry, how are you going to get them to buy your cars?” The point is that every novelty requires a corresponding change in the way we do things.

This brings me back to the need for utopia. Rutger Bregman’s idea, supported by successful experiments held in Canada, US, England, and many other countries, is that people in need can live and thrive better by receiving a guaranteed income, which they self-manage, rather than participating in all these existing and expensive social aid programs, which so far have failed to achieve improvements and eradicate poverty.

Some government officials believe that the problem resides with people’s inability to manage themselves, hence the need to create a full apparatus to manage them.

An example is the approach to joblessness. By providing unemployment money, sending people to training and providing coaches, although helpful, this is not a solution as these programs are largely based on the mindset that unemployed individuals might have a problem, otherwise they would have a job! Conversely the question should be: why aren’t there more jobs, and what is happening with job creation. In the world of work, governments could instead play a much more proactive role together with all its players, towards job creation, towards thinking about how we are going to live in the future.

These were in short some of the thoughts of that bright and positive historian, which I added to my list of inspiring events of the weekend.

Somehow, again, depending on the perspective we apply, every perception becomes relative. Whether in the medieval or the present time, we humans have always had an innate force to build ideals and ideas, which pushed us forward with an enormous determination to create every single moment of our lives, to create what we call, our future.

We are at multiple crossroads everyday and we get uncertain, unhappy and sometimes scared.

Let’s never forget that since our ancestors, there has been enough proof of our strength to take a step, take a stand, move on to a new direction, create and transform.

Every person has an inner power that can inspire and make them light up a room when they walk in it. Believe it, you have it in you too. 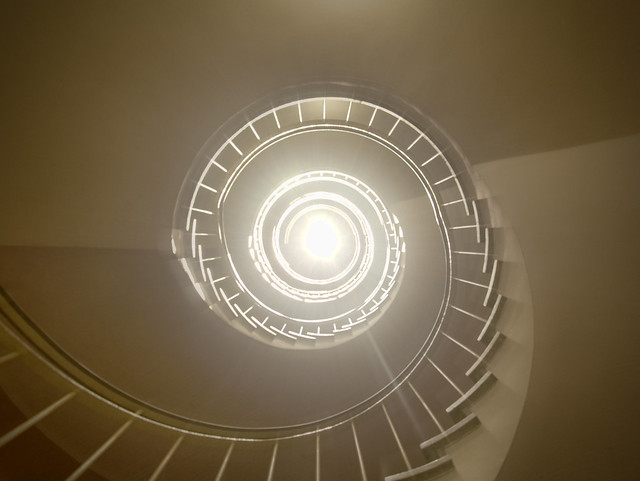 What do you think? I'd love to hear it all. Cancel reply

This site uses Akismet to reduce spam. Learn how your comment data is processed.

What I write about